GET INVISALIGN FOR A LIMITED TIME FOR ONLY $3995

The clear path to straighter teeth and a more confident smile

When Queer Eye rebooted on Netflix in 2018, nobody could have expected the international response of love, acceptance, and warmth.

Queer Eye: More Than A Makeover 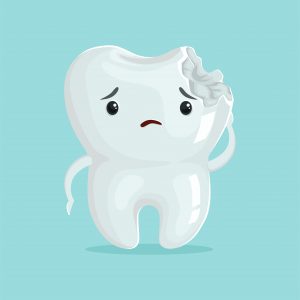 If you’re not familiar with the show or their inclusive lexicon, the premise is this: five gay men — aka the Fab Five — travel the world helping people learn to cook, dress better, embrace their culture, organize their life, and groom themselves.

At its very core, this new generation of Queer Eye believes that every hero deserves “more than a makeover” — the show’s updated tagline — and the Fab Five work hard help people fall in love with themselves, both on the outside and in.

The show was an instant, heartwarming sensation warranting five seasons in roughly two years. The men have helped around 35 heroes discover the best versions of themselves through compassion, kind actions, and pure joy. All of that sounds nice, but what exactly does any of this have to do with dentists? In a handful of episodes, part of the makeovers provided by the Fab Five have included profound dental work.

Today, we’re going to take a peek in detail at the dental work that was done what all it entailed. Though we highly suggest watching the series for yourself, the episodes featuring dental work are Season Three, Episode Three and Netflix’s bonus minisode of Queer Eye in Yass, Australia. 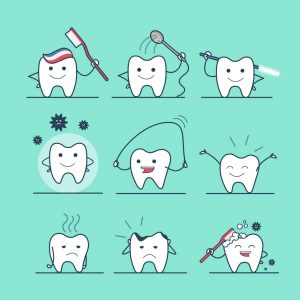 The Importance Of Dental Work

The dental work they’ve shown on the show has been cosmetic dentistry. If you ask an insurance agency or anyone with a naturally full, beautiful smile they’ll probably ask you if a cosmetic dental procedure is actually important. The answer is yes, very!

In today’s society the word “cosmetic” is too often associated with the idea that anything falling under that category is trivial or frivolous or an unnecessary luxury. This is a stereotype that Jonathan Van Ness, the grooming expert, fights almost every episode. In reality cosmetic procedures are a vital part of self-care.

Studies have shown that the simple act of smiling, even if you don’t feel happy, releases serotonin, the hormone in our brain that makes us feel good. Smiling and laughing are crucial to maintaining a healthy self-esteem, self image, and amount of serotonin. If you don’t love your smile, or feel too ashamed to show your teeth, you don’t ever feel comfortable enough to participate at events freely or engage with those around you.

Jonathan Van Ness spends part of an episode opening up about his brother’s struggle with his smile. He tells the story of his brother spending a large part of his life refusing to smile due to his self-conscious feelings about his toothy grin. Jonathan expresses the sadness he saw in his brother was part of what inspired and drove him to help any heroes get the dental work that they needed and wanted.

In arguably one of the most touching and heartwarming moments in the entire series, Jonathan and Tan bring Mary — who goes by the nickname “Shorty” — to the dentist. She meets Dr. Careswell in Missouri. Shorty messed up her front teeth as a child and was never able to get them fixed. She expresses that she has spent almost her entire life avoiding smiling or covering her mouth with her hand when she laughs. This became so natural to her that the habit can be seen repeatedly in the beginning part of the episode.

Shorty holds hands with Jonathan during the procedure for comfort. She received a three unit dental bridge in order to replace her missing front tooth and repair the one she chipped next to it. The dentist also removed a gold tooth that was next to the gap, giving Shorty a full, pearly smile. Her reaction to the procedure made Jonathan, Tan, the dentist, her staff, and audiences worldwide ugly cry. Shorty looks into a mirror and says through heaving sobs, “Thank you. I can smile again.”

Her experience with the dentist had been limited before being on Queer Eye, but since Shorty has remained a regular patient and has had several other cosmetic procedures, filling other gaps in her mouth. Shorty’s smile is one of the most apparent differences in the transformation photos of Shorty and her sister from the episode. 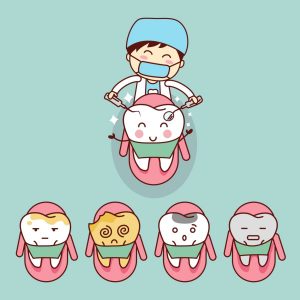 A minisode in Australia was produced for fans while the Fab Five were doing an international press tour. “Yaaas” is a popular American phrase derived from gay culture, and is used as an exclamation of joy, admiration, or jubilee. The producers intentionally used a makeover in the town of Yass, Australia as a brilliant marketing opportunity and delightful moment of word association. Now available on Youtube, the Fab Five make over a former bull rider and present farmer named George.

This is the first time we see dental work as part of the makeover process (and we learn about Jonathan’s brother) on the show. After what Jonathan calls the, “supermodel documentary montage” of beauty self care complete with face masks, a manicure, and a fresh new hairstyle, Jonathan and Tan break the news that they’re going to help George get his tooth fixed. Though the specific procedure is never mentioned in the episode, as a dental center we’ll say that the most common fix for a healthy but darkened tooth is usually professional whitening, porcelain veneer, a dental crown, or a combination of those procedures.

Like many adults with cosmetic dental issues, George had an accident when he was twelve that damaged his tooth. Jonathan delicately approaches the topic of George’s “beautiful toothy grin” that has a prominent darkened tooth, causing George to hide his smile or avoid smiling entirely. George attentively listens as Jonathan says,

These are words that everyone not only need to hear, but should hear. George wells up with appreciation and expresses, to Jonathan and Tan’s surprise, that he really “wanted a white tooth for my [his] daughter’s wedding.” As usual for the show, Jonathan tears up in his interview and the rest of the cast as well as George’s son share a heartfelt moment at the end of the episode when they are surprised by the news of George’s new white smile to match his daughter’s white wedding.

We may not have been able to help the same heroes as the Fab Five do… but we like to help our own heroes when we practice general dentistry in Newark! Cosmetic dentistry is so important and has a huge impact on people’s lives, as demonstrated by just a few of some of the people who have been able to have the procedure done through Queer Eye. Luckily, you can come to the Christiana Dental Center without the Fab Five, even though we’d love to meet them, and still get your smile fixed just as beautifully. Contact us today to schedule a consultation, we’re looking forward to helping you.

WE'RE HERE TO HELP YOU GET THE PERFECT SMILE!

We use the most effective systems for cosmetic dentistry